See summary at end of review

Pipo is a long time player in the tablet game, and outside of China, at least in Asia, the brand is a household name. They have several lines and many different models of tablets. The one we’ll be looking at today is the Pipo W3F. The W stands for ‘work’ and is geared towards those needing a bit of oomph beyond a simple email and game machine.

The Pipo W3F, as it came to me, is a multi-OS machine carrying Android 4.4 and Windows Bing 8.1. When booting the Pipo W3F, you will be presented with a choice between the two. You can also set it to auto-boot to your preferred OS and skip this screen all together.

Switching between OS is painless, but does require the machine be turned off prior to the switch. Android has an option in the power menu to switch to Windows.

Booting into the clean Windows is quick and painless, ending up in Windows in 20 seconds from Power button pressed to arriving to the fully loaded desktop. Obviously as applications are added, the boot time will lengthen.

Initially there are quite a few things in Chinese in Windows, but setting Language and Local in Windows options remedies the majority of this. The Windows store remained in Chinese for awhile, but after a day or so switched to English.

Windows is a legit copy of Windows 8.1 Bing, and includes Microsoft Office 365.

My purpose for this tablet is to use it as a full featured Windows machine, and I suspect that Android will get little to no use. Thankfully there’s a way to flash over to a Windows only install.

For the purpose of the review, I did boot into Android and play around a bit. It’s initially in Chinese, but this was an easy switch in Android settings. Google Play works without issue. W3F Android is smooth and there were no force closes or evidence of Android build problems.

Windows is a legit copy of Windows 8.1 Bing, and includes Microsoft Office 365. All Windows updates installed without issue.

As the Pipo W3F is intended to be a work machine, the specs are quite decent. The CPU is Intel Baytrail T – Z3735F which has a 2MB cache, and is clocked at 1.3GHz with burst up to 1.83GHz.

For Android, this should be plenty, however you’ll find the Windows partition will fill up quickly. Within a day, and having installed just a few apps, half the c: was already full. Luckily, you can add an SD card and thus expand storage significantly.

Importantly, running external hard drives is no problem. I found that connecting to just one USB (micro or standard) port provides enough juice to power a USB encased 2.5″ drive. This effectively extends your storage to as big as you require, though obviously this means you’ll also have the added bulk of the HD to carry with you if you happen to need the programs/data on the external drive.

There’s also an HDMI port which can be used to output your display to any display capable of receiving an HDMI signal.

As mentioned, there are two USB ports, one micro and one standard. Unfortunately, neither can be used to charge the battery of the W3F. Thus it’s required that you charge the W3F via the dedicated charging port.

Cables for this connection are cheap, and additional cables that plug to USB for charging (standard USB to DC) are available, so at if the cable is lost you can get an inexpensive replacement.

The W3F also has a 3G port which is compatible with the Huawei UltraStick. In most cases, this will have to be purchased separately. Only the 900/2100 and 2100 are available on Aliexpress.

An important point to remember regarding SIM data connectivy: it’s normally a simple process to turn on your phone’s data service and set up a WiFi point for the tablet to connect to. This requires no additional software and is a matter of a couple of taps in Android settings.

The build of the W3F is quite solid; bending the tablet requires heavy pressure before any display distortion kicks in, and pressing heavily straight on the protective touch screen makes no distortion.

There are three buttons on the W3F — One for power and the other two for volume. They produce a tactile click when pressed. The ports seem beyond adequately tight, with the large USB port requiring a bit of force to pull out the USB connector.

All of the ports, along with the power button, are on the left side. The volume and speakers are on the top. One side of the rear opens to allow for insertion of the Huawei 3G module.

The back of the tablet has a big square of what I at first believed to be plastic, but when removing the protector, it was immediately evidently brushed aluminum.

The plastic protector needs to be removed to fully appreciate the style of the Pipo W3F, which I find to be quite classy looking despite the plastic sides.

The camera on the W3F is specced at 5.0MP, but looking at the images I’d guess this is interpolated from 3MP or less with mediocre dynamic range.

It’s difficult to imagine many situations where you’d want to whip out your 10″ tablet to snap important pictures, but if you did, the images are more than acceptable for social sharing, and perhaps for 4″x6″ prints depending on your standards.

The images here are unedited other than resizing and cropping. 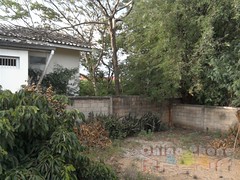 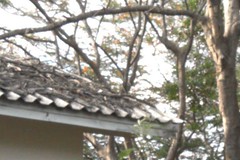 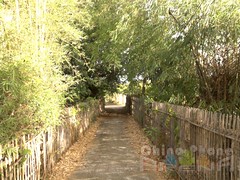 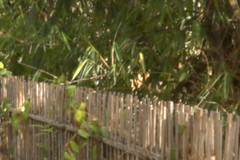 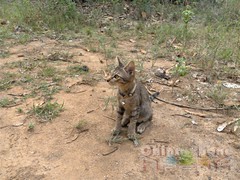 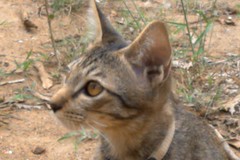 One of the selling points of the W3F is its FHD 16:10 1920×1200, which looks very good on a 10.1″ display. From a standard viewing distance, while using it with a keyboard, it appears crisp and retina. It’s a very good resolution for a tablet of this size. True, there are starting to be higher-res tablets available, but things do begin to get quite tiny beyond 1080p.

Whites and colors are quite decent, and the display is generally a pleasure to look at. The whites could be a bit purer, and the colors a step or two deeper, but keep in mind that I say this in relative terms. When viewing the display without comparison, whites and colors look great.

Brightness came in at a lux level of 205 with a white background. This is significantly more than my Asus notebook which has a lux of 145, but less than the display on my THL 4000 which registers at 335.

It terms of real world use, I’m currently in a very well day-lit cafe, and using a brightness of 40% is adequate. Sitting directly next to the open air area requires a minimum of 60% for comfortable use.

Using the tablet in direct sunlight isn’t possible, but stepping into the shade or using it on the porch for example is easily doable.

Overall, I like the display on the Pipo W3F and it seems about right or better than what you would expect in relation to the cost of the machine.

The performance of the W3F is quite good. Webpages may render slower than a full powered machine, especially image heavy websites, but not to the point of causing frustration. Having multiple tabs opened in Chrome is no problem. Switching between them, even when having 5 or 6 heavy with images, is very quick, if not instantaneous. Scrolling while the page is rendering can be moderately jumpy, but scrolling after a page has rendered is smooth.

Loading PhotoShop CS6 takes about 13 seconds. I opened nine 12mp images while Chrome still had seven tabs opened. Switching between images in PhotoShop was quick, zooming in and out and performing image edits showed some minor slow down but nothing that would have you frustrated.

For those coming from hi-powered machines with SSD, the W3F may be a step backwards in terms of general use performance, but speaking as someone who has a 6GB i5 w/SSD, I’ve still, surprisingly, found the W3F to be a pleasure to use with near zero frustration in regards to quickness.

Oddly, while the W3F has stereo sound, the speakers are only spaced a few inches apart. A strange design decision.

Regardless, while perhaps not the greatest separation, the Pipo puts out some very nice volume — even more than the speakers were meant for, as I sometimes noticed some clipping. There is even a bit of bass tone and some decent mids. The loudness is well beyond adequate for watching movies or Skyping, even in loud environments.

The Pipo W3F charges fully in about 5-6 hours. This may seem like a lot, and indeed it may be more when comparing to some more expensive competitors, but for my use I didn’t find it a hindrance.

With display brightness at 40-50% and doing general web browsing, Facebook and Word work, I achieved 5 hours 30 minutes. Doing similar activities with the display at 100% I achieved 4 hours 15 minutes. Notably, the tablet sits at 7% for half an hour or more.

There are several ways to go about using a keyboard with the W3F. Bluetooth or USB are a couple of options. The other option is the dock keyboard case that’s made specifically for the Pipo W3F, and this is the one I went with. Handily, it has left and right buttons built in, and a mouse pad that accepts 2-finger scrolling.

The downside of this particular keyboard design is that it’s not very dual-leg lap friendly, though it’s possible to rest it on one leg, or lay it out flat across your lap.

It’s also fixed at about a 100° angle from the keyboard and I frequently find myself performing the fruitless gesture of reaching for the tablet to tilt the screen back further. Though, you can lay the back rear case protector down flat and prop the tablet against something while maintaining dock connectivity.

The actual quality of this particular keyboard is quite good. The keys themselves are chiclet style and about as good as you see on consumer laptop keyboards. The keyboard has a bit more bounce than I’m used to, and obviously the keys are smaller than your standard keyboard. I mostly adapted within an hour or so and was able to touch type rapidly with only the occasional error.

WiFi is very strong and maintains the full 5 bars even when 80ft from the router with 6 walls between the machine and the router.

While checking out the Microsoft Surface 3 the other day, I thought to myself that you’d have to have fairly deep pockets, high-end performance requirements such as rendering video, or just be unaware that great alternatives like the Pipo W3F exist. There’s no way I could personally justify the extra $700-1200 that the Surface 3 demands.

I really like this little machine. The battery life meets Ultrabook standards, it has a very nice FHD display, and has enough power to run demanding apps such as Photoshop. Importantly, the Pipo W3F does such, not in a slow, barely acceptable manner, but with surprisingly quick, frustration free performance.

If you’re looking for an FHD work machine to perform tasks beyond just light web-surfing and email, the Pipo W3F should be on your shortlist and is a great bargain at $150 or less.