See summary and conclusion at bottom of review

I’ve gone over quite a few things in the preview and at the Innos D6000 forum, so rather than repeat it verbatim, I’ll give a brief summary and you check out the D6000 forum to see the extended versions and user comments.

The D6000 is, at 12.6mm, somewhat a brick of a phone. This is easily the thickest mobile I’ve reviewed and it’s got significant heft at 197g when the external 3480mAh battery is in the phone.

Still, many people don’t mind a heavier phone and while it’s not the prettiest mobile, according to Innos, they are using GE LEXAN EXL1414 resin for the exterior, which so far has proven to be very resilient, shrugging off fingerprints and attempts to scratch with my fingernail.

The physical buttons are producing a tactile click when pressed. There are zero creaks from the back piece. Overall the physical build of the phone seems solid.

I was also impressed by the box which is very heavy-duty cardboard. The chunky 2A adapter and heavy-gauge USB 3.1 cable add a quality feel to the package.

The nice thing about the 3.1 cable is you don’t have to look which is up or down when charging or connecting to PC. I know this seems like a minor thing, but testing so many mobiles with different setups, I’d say a couple hours of my life are gone to making sure USB connectors are being inserted the correct way.

The negative here is that you won’t be able to use your standard USB cables or OTG without an adapter, so those who purchase this phone may want to order a standard USB to 3.1 adapter for OTG and in case the original cable is lost / broken. I think a nice touch would have a 3.1 sized OTG adapter, but Innos didn’t take this step.

There is a red notification LED. Small and of the pulsing type, which is how I like it if it’s going to be there.

Also of mention is the dedicated physical button which can be programmed to whatever app or function you wish. I found this to be quite handy when dedicated to screenshot, but it could be useful for a number of other things depending on your needs.

The ROM on D6000 is quite smooth. There are occasionally some OS animation lags; while these don’t slow you down, it’s not always pretty. Turning off system animations in developer settings, and “card” background for Nova, took care of it and the OS is now smooth and very responsive.

Settings menus, app menus, lists, and web scrolling are as rapid and smooth. Bringing up the app drawer, background apps, opening system settings and flipping through homescreens is mostly quick and responsive.

I did experience several times “black Chrome”. The address bar would be there and I could type and load web pages, but the window where you would normally see the webpage showed nothing but a black screen. This was remedied by force stopping the app. While this is surely an OS bug, I didn’t find myself cussing over it, so I can’t consider it a deal breaker. It may be this is something fixed in the 5.1 Beta.

What could be more serious is the resets that several users have reported. Within several seconds of their screen going off, the phone would power down and reboot itself. If in airplane mode, this didn’t happen for them. Whether it’s software or hardware at this point is unknown.

For myself, I have experienced no reboots. There are several other users reporting no issues with reboots as well. Still it needs to be mentioned here that at least some users are experiencing this.

User and guest modes are available, which is notable because not all models include this feature. Interestingly, there’s also an internal “manual” describing how to use the various functions of the phone.

Rapid typing went off without a hitch, with no double-taps or ghost touches.

Apps are appropriately staying in memory, with apps opened even several hours back still sitting in memory.

It appears that the full gapps suite has been installed on the D6000, including for example Keep, News & Weather, Play Newsstand, Play Music etc… I think it might be a bit overkill, but I much prefer to see these there than no Google support at all, so overall I consider it a positive.

Play Store is running great, updating Play Services without issue. There were no force closes from any apps during my time with the phone. The Innos D6000 is deep sleeping no problem.

The 32GB storage is a nice bonus and I think Innos made an excellent decision here. The user space is relegated to a single partition which gives you space enough for hundreds, if not thousands of apps. There’s also the possibility of upgrading storage by adding a TF SD card.

One of the highlights of the D6000 is its beautiful display. The 1080P JDI Pixel Eyes™ LCD shows popping color without over-saturation, and strong whites. The corners look very good and viewing from extreme angles shows only minimal changes in brightness/contrast.

The Innos D6000 Antutu is 32k+, scoring 7k+ in 3D, which is in the same ballpark, but better than I’d predicted in the preview.

It’s interesting to note that the graphics bottleneck of the Innos D6000 appears to be it’s GPU and not it’s CPU. We can infer this by seeing minimal CPU utilization during the 1080P 3DMark Ice Storm test and significantly ramped CPU use during the 720P test, as the CPU needed to ramp up to meet the GPUs 720P throughput.

The 7k score in 3D and several real world tests by myself have the D6000 strong enough to play modern 3D games at 1080P. If not changing DPI to 720P, FPS games such as Shadowgun may dip into the 20’s when action gets heavy.

Another highlight of the Innos D6000 is it’s OV16285 camera. The bad news here is that the Innos software / camera drivers does not currently include some of the cool functionality of the OV16825 (see preview above).

The good news is that the OV16285 camera sensor is a 1/2.3″ type, which allows us to take better low-light shots than the typical cameras in phones. Keep in mind, this isn’t going to give us magical low-light capabilities (this is the same size sensor that’s in most consumer compacts), but it will give us a noticeable improvement in regards to noise and picture quality when compared to the typical phone camera, eg 1/3.2″ Sony IMX214. 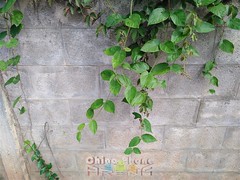 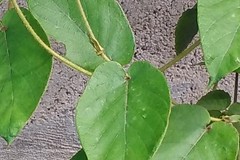 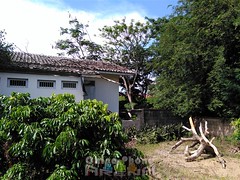 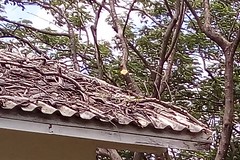 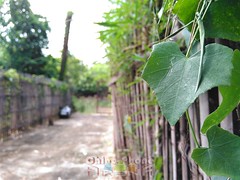 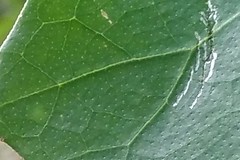 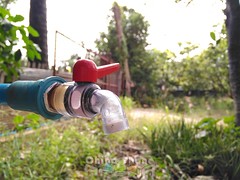 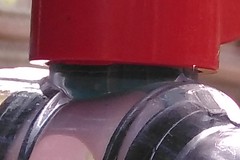 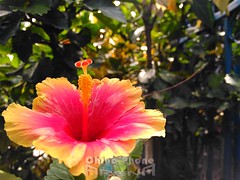 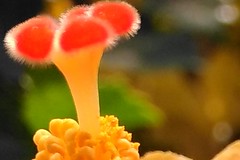 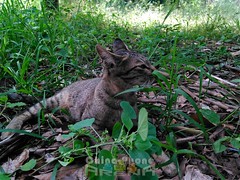 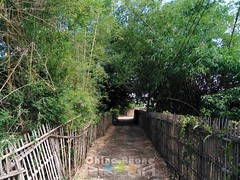 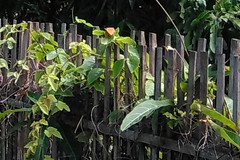 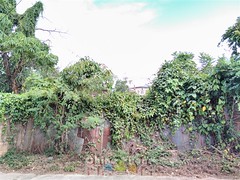 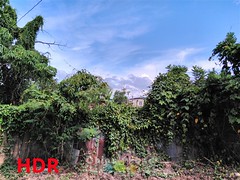 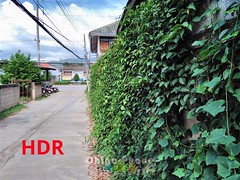 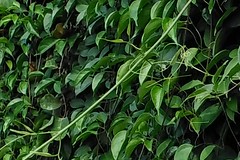 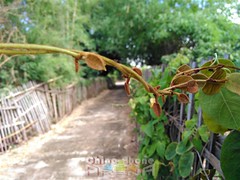 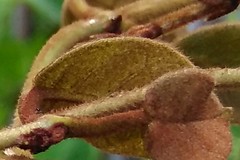 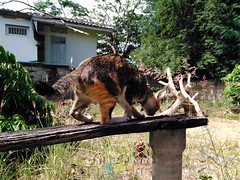 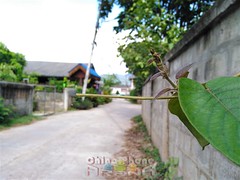 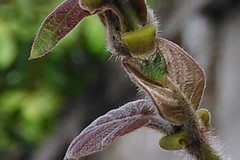 The camera also appears to be a true 16MP. The full 16MP shots give a lot of room for cropping, or for making large (eg 11″x14″) prints. We can tell the sensor is true 16MP by looking at the 100% crops which look very good and probably could be used for digital sharing.

Beyond the sensor size and MP, the pictures are generally well exposed with very good color. The pictures are 100% unedited other than cropping / resizing.

There was some confusion regarding frequency support initially because the box states different than the official Innos site. I triple checked via our sponsors and they came back to let me know that the official site has the correct frequency specs.

Still, I waited for someone in the Americas to report, and we now have confirmation that the official Innos site frequency specs are correct.

First we’ll go over the charging. With such a high-capacity battery to charge, we’ve got to have fast charging, and Innos doesn’t disappoint. With both batteries depleted to 1%, the D6000 charged to full in just over 3 hours, which means it’s truly quick charging. This is good news, as we don’t want to be waiting 6-7 hours for a phone to fully charge.

This is one of the factors I used to determine the 6A of battery juice is a true spec and not just hype from Innos. The external 3480mAh battery was also checked weight-wise against the 3000mAh Lenovo battery.

It means tons of juice to get even the most hardcore users through any day, moderate users to get several days and light users to easily get through a week, or more, without needing to charge.

What a unique and interesting mobile specwise. Innos has managed to include not just one or two interesting features, but a plethora.

The issues with some owners experiencing resets is worrying, but seems to be limited to a handful of users. I’ve kept up with people’s experiences with the Innos D6000 and generally people are very pleased all around.

The only negative for myself is Chrome sometimes coming up black from background apps. I do however think this issue will be resolved in ROM updates, if it’s not already (I have yet to try the 5.1 Beta). Speaking of which, there’s an Innos ROM team releasing regular new builds.

To qualify the ratings, SoC power is in reference to the horsepower the chipset carries, along with how it performs with 1080P and the ROM on the Innos D6000. Think gaming and general processing power the phone carries.  I’ve also included WiFi here. While it’s quite good, it doesn’t reach great. It’s a bunched modifier of sorts to bring us back down to earth. Chrome bug and System animations, again a score modifier to let us know that even though the phone boasts some impressive features, it’s not perfect… But then again, no phone I’ve tested has hit that mark.

The outstanding battery life, 3GB RAM, beautiful display, dedicated function button, very strong camera, strong WiFi/GPS and worldwide 3G make the Innos D6000 a phone I can recommend if you’re willing to pay a bit extra for the premium specs. There’s more to come, so join us at the Innos D6000 forum for more info and user reviews.