See summary at end of the review

Elephone rampaged onto the scene about a year back and in that short time have already become one of the better known China brands. This is largely due to heavy hype marketing. Let’s not surround “hype” with negative connotation, as that’s what marketing generally is — hype. But, there is still some responsibility to produce a modicum of what’s been promised.

Over the past year or so I’ve had the opportunity to review 7 or 8 different Elephone models. Excepting the MT6582 P3000, they all ended up having fairly serious OS flaws (eg, 10 pixel jump scrolling on P6000) or critical hardware flaws (eg, terrible WiFi on the Elephone S2). It was one after another, and I began to seriously doubt if Elephone would ever rise to the occasion.

The Elephone P8000 looks great. It’s a bit heavy at 200g and not super thin with a wasteline of 10.6mm, but it’s a real eye catcher. Given the phone’s large battery, the medium thickness can be overlooked.

The siding is metal, and textured so that it doesn’t buff or scratch easily. The gray model I received did itself a favor by going with gray for the top-front and bottom-front, as opposed to just making the back piece gray and the front black. This really adds some style to the mobile and I’m digging the looks.

Physically the P8000 is very solid. There are zero creaks in the backpiece and it snaps on strong and sure. Removing the backpiece requires running a nail along three sides before it can be pulled off; a sure sign it will remain tight no matter how many times you remove the backpiece.

Speaking of the backpiece, if you told me I was getting a plaid looking diagonally textured backpiece, I’d likely be laughing at the silliness of it; even pictures of it had me thinking “corny and over the top”. But, to have it hand is a totally different experience and upon unboxing I was immediately impressed with a sentiment of “wow”. It looks very good and adds a huge element of class to the P8000. Beyond looks, it stays looking clean and shuns fingerprints.

The volume and power buttons give a tactile click when pressed.

The capacitive home button doubles as a notification LED and looks very stylish.

The camera is recessed; I’m not sure whether this was an accident of design, or purposely done,  but it’s a hugely smart setup making it much more difficult to accidentally get fingerprints or get scratched when laying it backside down on a table. This may be the first time I’ve seen something like this on a China mobile, and while it seems a small thing, practically, it’s one of the great elements of the Elephone P8000’s design.

The touch ID is set center topish and is perfectly placed for laying your finger to unlock.

As with all recent MT6753 SoC releases, the P8000 comes with Android 5.1. The OS on the P8000 is very fluid. Transitions such as flipping between app drawer and homescreens is smooth. Flipping through system settings lists, installed app lists and recent app cards is quick and butter.

The recent apps come up very quickly when called, and background apps are staying in memory appropriately. Even apps I’d used the previous day 10 apps back were still bam sitting there ready to rumble.

Elephone P8000 Antutu is 32k with a 3D score of 5.9k. This is easily strong enough to run Android quickly and smoothly. Modern 3D games will run mostly smoothly, though when in action sequences in games such as Shadowgun, fps may drop to 20 or so.

Storage is relegated to one partition which gives us room for hundreds of apps. Play is operating without any problems, updating Google Services and installing apps without issue. There were zero force closes with any of the apps I installed and tested.

The P8000 is deep sleeping without issue.

P8000 is OTA updateable. There was an update available when I first booted which went off with no problem.

The camera on the P8000, according to Elephone is the Samsung 13MP 3L2. There is some significant edge blurring, particularly on the left 1/3rd of the frame when objects are at infinity distance, but this is rarely noticed unless cropping into those areas. Colors are quite good and overall the images it produces are adequate for social sharing and small prints.

There are a couple of HDR images thrown in and the crops are 100% crops of 13MP images. As always, the images are unedited except for cropping and resizing. 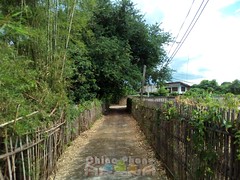 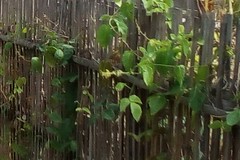 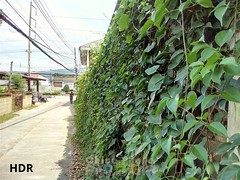 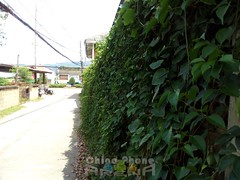 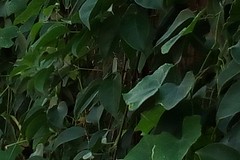 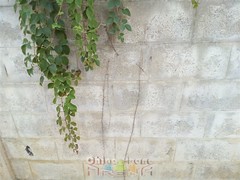 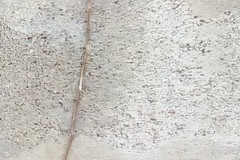 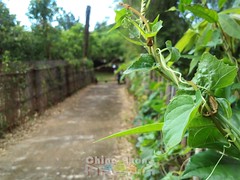 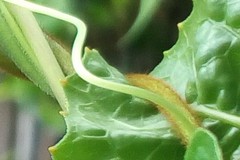 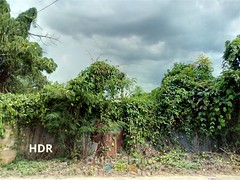 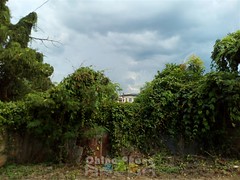 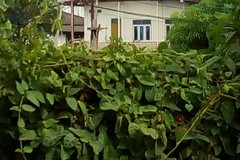 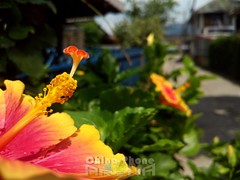 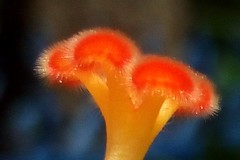 See how the Elephone P8000 images compares with other phones

The P8000 I received came pre-rooted with the su properly placed, but with no control app installed. I’m not sure if this is by design, but there it is. Quite a few other Elephone users have reported the same situation. After installing SuperSU control app, it gave an option to update the binary and it did so without issue.

Elephone’s OS allows you to download various themes to make your OS look like Meizu, iPhone, Vibe, MIUI etc.. These are no more than icon style and wallpaper changes though. They aren’t themes in the true sense, but still offer a nice and easy changeup for those inclined.

P8000 is not a phone for the Americas, but UK, Europe and most of Asia should be covered well by the frequencies the P8000 supports.

The P8000 carries an IPS OGS 5.5″@1080P display. There sides and corners look great, with no noticeable vignetting. There is some very minor vignetting in the bottom-right, but this is truly nitpicking. Overall the screen looks great, with strong natural colors and strong whites, and crisp, retina looking edges on text and icons.

The display also has excellent viewing angles, with color and contrast remaining true even from the most extreme points of view.

Tested on a white screen, maximum brightness hits 270 lux, which is bright enough to view outdoors on sunny days. Minimum brightness hits a very nice low of 10, and interestingly, if turning on adaptive brightness and setting it at it’s lowest while in dim lighting, goes down to 1 lux. Excellent for power conservation and night time use.

Also mentionable is the great feature of Lollipop which allows you to control the level of adaptive brightness, making it remain adaptive but brighter or dimmer as the situation requires. Settings for both manual and adaptive are remembered when switching between the two.

I find the decision to not include OTG beyond bizarre; a very strange move indeed. Also not included is a compass, which in Q3 2015 is in most phones at this price point and even in phones far cheaper. Beyond these two irregularities, the components on the P8000 work very well, and the earpiece is exceptional.

Touch ID on the P8000 works very well. Placing your finger with intent unlocks the phone 100% of the time and very quickly opens the phone up. It also supports 360 technology that allows you to place your finger from any angle to unlock, and allows you to lock specific apps of your choosing.

As Elephone is a fairly prominent China brand and becoming internationally known, there are quite a few accessories available for the P8000, including tempered glass screen protectors, standard screen protectors, hard cases, and flip cases.

If you’re considering the P8000, a large part of its draw is the 4000-4165mAh battery. Playing 720P YouTube over WiFi at 140 lux resulted in 8 hours of battery life. This is a bit short of what I was hoping for, but still a very good result all things considered.

The charge took 2.5 hours, which is great considering the amount of battery life the P8000 has. The battery is fully saturating to 4.2-4.3V, which means a proper charging system and battery. The P8000 is also trickle charging, which is great news for those charging their phones overnight.

The decision to not include a compass, and particularly OTG, is baffling, but the otherwise strong components of the P8000 make it a phone I can recommend.

OTG and compass are components I very rarely use and I live in an area covered by P8000’s frequencies; practically speaking this is a phone I could easily use as my main mobile.

If you’re looking for a phone with slick looks, very good battery life, strong GPS and WiFi and a very good display, and the above mentioned detractors aren’t a concern for you, the P8000 is a phone for the short list.