See summary and conclusion at end of the review

When speaking of China brand mobiles, there’s no leaving out Meizu; they’ve been around since the beginning and their name is synonymous with quality to those who know the market. They have offices in Hong Kong, China, and even in Russia. Annually Meizu sells about 18 million handsets.

Meizu was founded in 2003 by Jack Wong and got their start with MP3/MP4 players. Their first Android mobile, the Meizu M9, was released in 2011. One year after this began Meizu’s journey with their flagship line– Meizu MX.

Up for review today is the Meizu M2. Also known as the Meizu M2 Mini. Pricewise and sizewise, the M2 Mini competes directly with the Xiaomi Redmi 2 Pro / Prime which I’ve recently reviewed.

The M2 carries a 5″ display and is quite slim and squarish. The card tray is inserted in the side and allows for dual-SIM or single-SIM+TF SD. This is the way a lot of recent mobiles have been coming; its a setup that defies explanation, but at least the option for TF SD is there, and most users only have one carrier, so this shouldn’t affect the majority of people.

Most phones I’ve opened recently have wowed me with their style, but the M2 is coming off a bit plasticy. The similarly priced Xiaomi Redmi 2, even though taking a somewhat simple approach to design, still manages to use a matte texture and add some interesting lines where the sides meet the back.

Regardless of the plasticy back piece, the M2 is slim and squarish and these are pluses to be considered. The bottom is also looking quite cool with the recently hip iPhone 6ish holes.

The M2 is very well built, with the physical buttons giving tactile and audible clicks when pressed and with zero creaks from the back.

Meizu takes an interesting, somewhat Applish approach with the capacitive buttons– there’s only one. That one button is touched for Back and pressed down for Home. There is no menu button. It takes some getting used to; many times I tapped on the right side for Back, only to remember a moment later there’s no button there.

Another difference is how recent apps are accessed. This is achieved by swiping up from the bottom-left or bottom-right. Again, as with Back, it takes some getting used to. I was often activating the recent app list when scrolling web pages because my thumb would be drifted too far to the right of center.

Still, these aren’t really negatives, or even nitpicks. Its just a different control scheme, which is easy to adapt to after awhile, and has a certain charm of simplicity that grows on you.

According to Meizu, the 2500mAh battery is made by Sony/ATL. The Meizu M2 fully charges in about 2.5 hours with a very steady and even arc. The battery is fully saturating to 4.2V, indicating a strong battery and charging system.

We also see the Meizu M2 is trickle charging. This is important for those who leave their mobiles plugged in overnight. Mobiles generally don’t deep sleep when charging, so some juice is inevitably lost. With the Meizu M2, when it hits below a certain voltage, it will begin to charge again (see last pic in gallery here).

On the battery test of playing a video over YouTube WiFi at 140 lux, we see the Meizu M2 lasts a commendable 6 hours 34 minutes. A very nice score and makes it easily strong enough to get the majority of users through the day.

The Meizu M2 comes with Flyme OS built over Android 5.1.1. It comes without Google Services and Play Store installed, but this is easily accomplished. Far easier than some China mobiles which require flashing or connecting to PC. With the M2, you simply open the pre-installed app store and search for “google installer”. The rest is a breeze of allowing Google Service permissions; you’re home free within a couple of minutes.

Flyme OS allows for easy installing of themes through their theming app. These are true themes which can change many aspects of the phone, from the dialer, to quick settings, to icons, wallpapers and more.

The OS on the M2 is fluid and quick with the MT6735P SoC pushing 720P without any issue. This is one of my favorite SoCs, as it’s budget priced but pushes Android on 720P devices as well as $800 Flagship Samsungs. Really a phenomenal job MTK did with this chipset.

Transitions are smooth, as are scrolling through lists and web pages and general flipping about. I didn’t experience any force closes or bugs with Flyme on the M2. Switching between opened apps is quick and fluid.

The storage is relegated to a single partition and gives us about 10GB storage, which is a healthy chunk of space for installing apps. Note this screen shot is following the install of a few apps.

There are a couple of interesting things to note regarding Flyme OS– one is that there is an option to force apps to close when they’re idle. Its not really something I recommend, but the option is there for those who are interested. In addition to themes, you can download and install ringtones and wallpapers through the Flyme shop; many of them for free.

There was an OTA available when I received the M2 and this downloaded and installed without issue. Okay, we can’t read the changelog, but we’ll take it anyways. Its nice to know there’s a professional team behind a mobile, so that generally speaking we know we’ll be receiving regular and easily installed ROM updates.

The Meizu M2 camera according to official Meizu is 13MP. The images carry good color and above average sharpness for a budget mobile.

Dynamic range wasn’t quite as good as we’ve been seeing from Sony IMX214/258 and the 16MP OV16825, but the important thing to remember here is that this is a $130 device. In any case, they are beyond adequate for social sharing and small prints. Take a look at the small gallery below. The 100% crops are from 13MP images and straight out of the Meizu M2 camera. 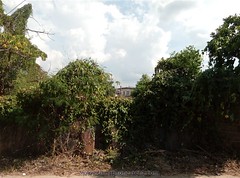 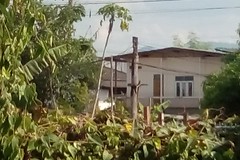 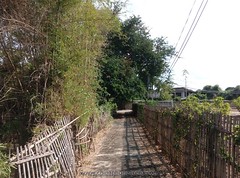 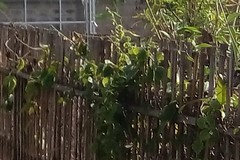 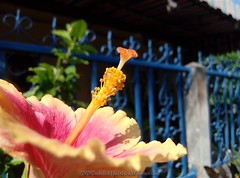 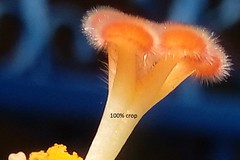 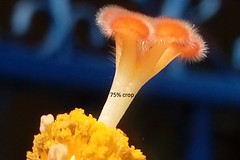 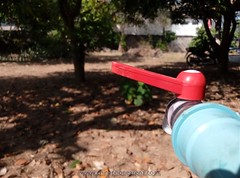 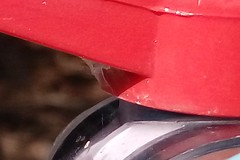 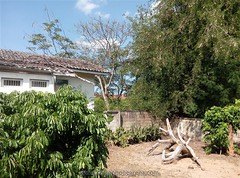 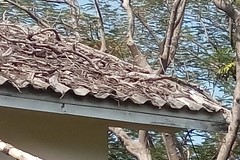 Compare Meizu M2 Mini pictures to other phones at Flickr

The screen on the M2 is 5.0″@720P. This display looks very nice, with strong colors and whites. Its a solid IPS display with very good viewing angles.

The M2 Flyme OS has an adjustment bar that allows you to push the display warmer or cooler to varying degrees based on your preference. I really like this, as some OS don’t allow you to change display temperature at all, or often only allow 3 settings (warm / neutral / cool), while M2 has about 10 settings across the range.

According to Meizu, the glass is AGC Dragontrail. This is a special glass akin to Gorilla Glass. Dragontrail has a Vickers hardness rating of 595-673.

The display is also GFF fully laminated, which means your finger is right up against the display.

While it’s unfortunate the M2 doesn’t include 850 GSM and 850 WCDMA, much of AT&T and most of T-Mobile will work on 1900. And, Meizu could have put a bit more thought into the looks of the M2, but this really is nit picking.

With the M2, all of the components are working properly, we get the very solid 64-bit MT6735P@1.3GHz, very good battery life, a decent camera, a fully laminated 720P display, and a very usable software gyroscope which is almost unheard of on MTK devices.

The Meizu M2 Mini is a phone I could trust as my main mobile, or easily recommend to a close friend or family member; if you’re in the market for a solid budget mobile, you can put the M2 on your shortlist.