The S1 is Bluboo’s attempt to enter the arena of bezel-less Mix type mobiles. Currently this group also includes the Doogee Mix, which we recently reviewed, and the Leagoo KIICAA Mix.

While these three phones market themselves as bezel-less, even going so far as putting out marketing images of a display that goes all the way across, they are quite far from bezel-less. What they’ve done is put the front camera at the bottom of the phone so they can significantly reduce the top bezel to the point that it’s about as thin as the side bezels.

While I don’t necessarily agree with the marketing tactics, the style this creates is unique and looks very good. In addition, the back of the Bluboo S1 is glass, which adds an additional feeling of class. The downside to the glass is that it’s a fingerprint magnet; no problem, just use the included clear skin.

Included in the box is a 5V 2A charger, a clear skin for protecting the phone, and a glass screen protector.

Bizarrely, in daylight, the glass protector becomes a strongly tinted blue. There is no evidence of the tint in indoor lighting.

The display on the Bluboo S1 is quite good. Text is smooth and color saturated without going overboard. The white balance is good from get go, but can be adjusted further through the Miravision settings if needed. Generally, I like to set my white balance a bit towards warm and this is easily achieved via Settings > Display > Miravision > BluLight Defender.

The S1 is powered by MT6757CH, this SoC is comprised of Cortex-A53 CPU cores, 4@2.39GHz+4@1.69GHz. It’s quite powerful and pushes Android without issue. Combined with the Mali-T880MP2 GPU makes it strong enough to play all modern 3D games at smooth framerates.

I ran Antutu several times and ended up with a best score of 61.7k.

I also ran S1 through Geekbench 4 several times, achieving a best score of 805 in the Single-Core and 3226 in the Multi-Core.

Notably, the box says the S1 has an ambient light sensor, but it’s either not working or not present. There’s no setting to set brightness to auto, so we assume the S1 doesn’t have one.

There’s also no notification LED. For myself these two components are of about zero concern, other than the fact that nearly every other phone has a light sensor and many phones have LED notification. At this price point, I’d expect them to be here, but I don’t find it to be a deal breaker. Note, the Doogee Mix is also missing a notification LED, though does have a light sensor.

While we want our gadgets working perfectly for everything we do, we sometimes must adapt ourselves a bit to get the most out of them. Such is the case with the Bluboo S1 fingerprint sensor. At first go, we found as others have discovered that it is a pain to use, requiring several attempts to scan in, and sometimes not even working when very deliberately laying a thumb.

Thankfully, this is easily remedied by adding several fingerprint IDs of the same finger/thumb. I registered my right thumb five times, concentrating on a different area of the thumb for each. After doing this, the fingerprint sensor works flawlessly, easily achieving 20 lazy scan-ins without any faults.

The camera on the S1 carries a true 13MP sensor. Indoor shots often have a lot of noise but are reasonably sharp.

In good light, the camera is capable of taking good pictures with proper color saturation and exposure.

HDR shots will sometimes blow out shadows and brighten an image too far, but this can be remedied by tapping on a bright area of the frame so the exposure will darken before taking the HDR shot.

Video is constantly re-focusing with the stock camera app, but this can easily be fixed by using Focus Lock with Open Camera from Play. When using this app and option, the camera will then only re-focus when tapping the display.

Overall the camera is decent on the Bluboo S1 and on par with many similarly priced China phones, but a level or two below the recently reviewed Lenovo P2, Oukitel K6000+, BV8000 Pro and Redmi Note 4X. Though note the BV8000 Pro and Lenovo P2 are more expensive, and the K6000+ has MT6750T SoC which is a couple of steps below the MT6757CH used in Bluboo S1.

See the other reviews (opens in new tab)

The images in the gallery are unedited other than resizing. You can compare them to other phones in our Flickr albums (opens in new tab). 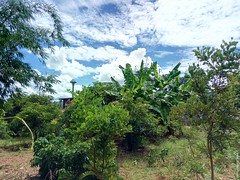 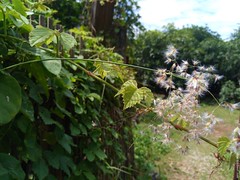 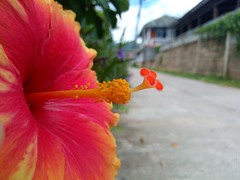 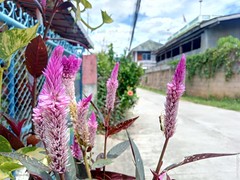 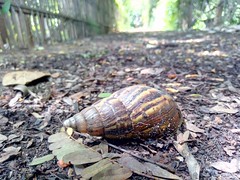 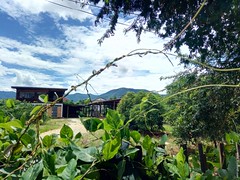 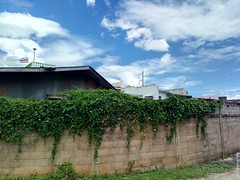 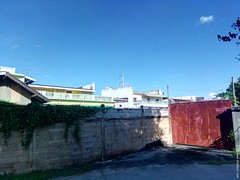 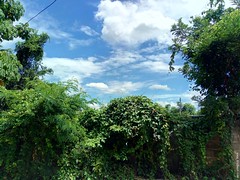 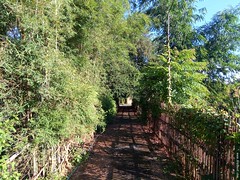 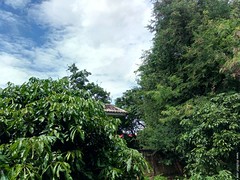 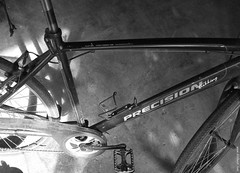 The S1 comes stock with Android 7 Nougat. I received an OTA and it updated without issue. Mostly the OS is AOSP/Vanilla Android; thankfully no fancy attempts at skinning, though there are several strange apps that Bluboo should get rid of:

These apps did not make any problem for me. They appear to be just some sort of links which trigger a download request (see 4th screenshot in gallery below). They don’t show up with the stock launcher, but do show up in 3rd party launchers app drawers and in Settints > Apps.

The S1 is not Google Certified. I prefer to see it certified, but it’s not a big deal; indeed, it’s highly unlikely to affect users at all, but going through the steps required to get Google Certified shows that the manufacturer is more likely to do things right when it comes to other aspects of the phone.

What’s important is that the Bluboo S1 OS is very smooth. App switching, system transitions and animations, scrolling slowly and quickly is smooth, scrolling friction and inertia are excellent, there were no force closes of any apps, and everything seems to be in order.

The S1 charges full in about two hours. The charger is a typical 5V 2A charger as opposed to quick charger, but this is not a problem.

According to the meter it’s 2650mAh and assuming the battery is rated from an absolutely dead state and we give some leeway for meter error, we can optimistically say 3000mAh on the high end.

We see the maximum saturated voltage is 4.2V, and perhaps if saturated to 4.35V we could get a bit closer to calling it 3500mAh. But that’s really stretching things, and regardless it’s not hitting near 4.35V. The reality is this battery is effectively about 2750mAh.

How do we know the meter is accurate. That’s a good question, we know because it’s tested with reliable, well known brands and is always very accurate with them.

But, I don’t rely on only the meter; we take a look at battery life on the screenon test as well and the S1 scored 6h 25m, which confirms the finding of the meter result. With a true 3500mAh battery and this SoC the S1 should be hitting a minimum of 7h 30m on this test.

The S1 will get the light to average users through a full day without charging, but heavy users may be left disappointed.

The results of the battery tests are the most disappointing thing about the Bluboo S1, but if you’re not a heavy user this should not be an issue. There are a couple of other minor negatives, such as the lack of ambient light sensor for auto-brightness and lack of a notification LED, but these are not a big deal for myself and likely many users will not miss them too much.

It has a decent 1080P display, looks good and unique, has big RAM and storage, and has a smooth Android 7 OS. If that’s mostly what’s important to you, the Bluboo S1 likely wouldn’t disappoint. The Bluboo S1 also has the distinction of being one of the most inexpensive MT6757 device available.

As with most purchases, the positives and the negatives need to be weighed for oneself. Non-heavy users who don’t need large amounts of screenon time between charges and appreciate the style of the S1 should be more than happy.