Prices are crashing, and Leagoo has entered the arena with the ultra-budget Leagoo M5. For an incredibly low $69.99 we get a 720P display, 2GB RAM, and 16GB storage, from a brand with a long history in consumer electronics.

But, can we really spend a mere $70 and have a phone worth using? Let’s delve in and see where the Leagoo M5 hits.

Euro / UK NOTE: You may need to visit the sales link from a desktop browser to see Euro / UK warehouse options

We had some issues with the first ROM on the phone, but after trying both older ROMs and the latest 20160909 ROM, the phone has had no stability issues.

If we look 2 years back at what was on the table, you’d see the MTK6582. This SoC, along with MTK6592 really helped bring China phones to the mainstream.

MediaTek MTK has given the MTK6582 new life in MTK6580. MTK6580 carries the same ARM cores and same GPU as MT6582, but with chip architecture improvements and a new kernel to run Android 6.0 Marshmallow.

When the phone is running very CPU intensive tasks, such as compiling code when downloading or updating apps, there are some slow downs, but otherwise the MT6580 runs the Leagoo M5 without any issues.

System fluidity wise, the Leagoo M5, when it’s not bogged down with CPU intensive tasks, is generally as quick as phones costing much more.

The Leagoo M5 carries 2.5D Gorilla Glass 4, which looks great on the gold version of the M5. Other than the back piece, the M5 mostly looks premium, with nice lines along the sides and classy minimalist capacitive buttons.

RAM on the Leagoo M5 is a healthy 2GB. This is plenty for general multi-tasking and running the system smoothly. Storage is 16GB, with 10GB left for user use. Users can add a TF SD to expand storage.

While the Leagoo M5 Antutu benchmark doesn’t blow us away, as mentioned above it’s easily enough to run Android smoothly. Overall it’s a significantly quicker and smoother experience than Snapdragon 615 which is in the previously reviewed Redmi 3 and Innos D6000.

We didn’t expect a lot in terms of 3D performance, but the Leagoo M5 handled Asphalt 8 no problem. Great in fact, at a smooth 30fps (default settings), and with a low CPU load.

Yes, GPU, not CPU, will mainly be pushing the graphics, but it’s nice to know the vast majority of CPU is left to take care of background tasks while playing.

One of the highlights is the Leagoo M5 display. It’s incredibly bright at 406lux at 100%. At it’s dimmest M5 goes down to 19lux. With adaptive brightness engaged, dimness hits an excellently dim 9lux.

This display is a couple of steps up from the more expensive Ulefone Metal, and probably a step up from the Redmi 3 as well.

not only is the speaker loud, it also carries depth and clarity

Charging on the M5 from dead to 90% takes about 2 hours, with charging slowing considerably once hitting 90%.

Running the Leagoo M5 through our standard 720p/WiFi/YouTube/140lux battery screen on time SOT battery life test, the Leagoo M5 lasted an even 4 hours.

Interestingly, using the mobile as we typically would, which includes chat, Facebook, web browsing, a few app installs, and flipping about the phone, at lowish brightness, we achieved an excellent 6 hours 11 minutes SOT over a period of 25 hours. This is a great result, and well beyond our expectations, especially after seeing the 4 hour HD video RUN mentioned above.

Assuming similar use, it means the average user should easily get a full 24 hour day or more out of the Leagoo M5.

WiFi on the Leagoo M5 is mediocre, reaching about 70ft / 21m from a standard $20 WiFi home router, with a cinder block wall between the two, before becoming unstable.

This is about half as far as what we consider excellent and should be sufficient for almost all users in home / business / cafe situations.

Rooting the Leagoo M5 is a simple process if you know how to flash phones. We’ve made a newbie MediaTek root guide with the TWRP download here (opens in new tab).

Though we haven’t tested it yet, there’s also a CM13 CyanogenMod custom ROM available for Leagoo M5.

GPS on the Leagoo M5 is good. It locks within seconds and maintains at least several satellites in the high 20’s to mid 30’s at all times.

The camera on the Leagoo M5 is mediocre, but capable of decent images. Sharpness at distances suffers and low light shots are to be avoided. But, color is quite good, generally images in good light of objects up close look good, and typical scenery shots in good light look good at social sharing sizes.

The photos are unedited other than resize. The last photo of the cat is a big crop, and resize. Image #4 is HDR. 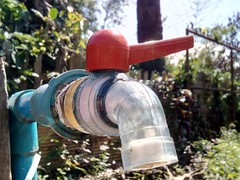 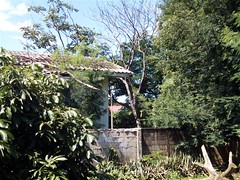 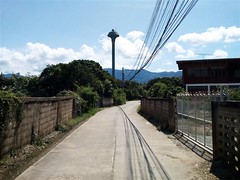 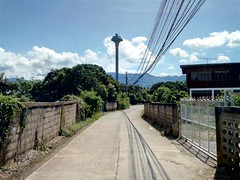 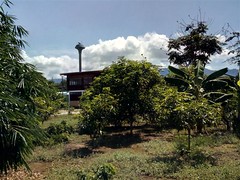 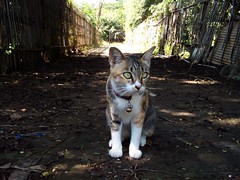 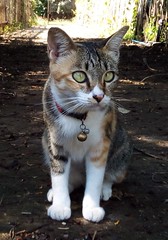 The M5 speaker is a true gem. Powered by the Awinic A7 sound chip, not only is the speaker loud, it also carries depth and clarity, sounding as good and better than many phones far more expensive.

Mediocre WiFi distance strength, mediocre camera, no OTG or compass, and no LTE are things to consider.

However, the Leagoo M5 brilliantly makes up for these negatives with a great display, shockingly good speaker, good GPS strength, slick looks, and 2.5D front glass. We were also very impressed with 6 hours onscreen time over a full 24 hour period. In some areas Leagoo surpasses phones costing far more money.

To top it off, Leagoo M5 comes with a very healthy 2GB RAM and 16GB storage, is dual-SIM + TF SD expandable, and has an easily removable/replaceable battery.

While there are a couple of concessions, overall Leagoo did an outstanding job putting the M5 together to create a $69.99 mobile. The Leagoo M5 is an easy phone to recommend. If you missed the $59 sale, it’s still an excellent bargain mobile at $69 and should be snatched up if you’re in the market.