The MTK6737M Leagoo T1 is Leagoo’s latest budget mobile following up the excellent Leagoo M5. There is also a Leagoo T1 Plus (T1+), which carries most of the same specs as the Leagoo T1, but whereas the Leagoo T1 has a 5.0” display, the Leagoo T1+ has a 5.5” display.

In comparison to the Leagoo M5 with MTK6580A, the Leagoo T1 has the fairly newly released MediaTek MTK6737M.

The display on the Leagoo T1 is IPS 5.0”@720. White balance is a bit cool, but if it bothers you, it can be adjusted with a 3rd party app, or through MiraCast in display settings.

Otherwise, it’s a beautiful display for such an inexpensive phone. Colors look great; they’re well saturated, with pleasing pop. Extreme angles are great, and there’s very little shimmer. Corners are free of pixel light bleed and brightness is even across the frame.

The display on the Leagoo T1 is about as it gets with 720P, and is more pleasing to look at than many 1080P displays.

The Leagoo T1 looks fantastic for a budget mobile; the front glass is 2.5D, it carries CNC machined metal sides, and a classy metal back which shuns fingerprints.

Build is very solid. The buttons are firm, and there’s no give in the back piece.

Overall, the OS on the Leagoo T1 is very good, with just some minor annoyances. We’ve contacted official Leagoo and made them aware of the changes we’d like to see.

Unfortunately, the T1 camera is not focusing properly with the stock Leagoo T1 ROM. It’s attempting to focus and we can actually see the image in focus for a split second, but the camera settles on an out of focus setting.

Note: This review is based on a pre-release Leagoo T1 sample. The T1 won’t be officially shipping until September 30th. The camera focusing issue may be resolved with a ROM update. For now we’ve fixed it by flashing the Doogee X5 ROM port.

Thankfully, one of our reviewers, Cleopatra, has ported the Doogee X5 Pro Plus ROM and with these camera libraries, the camera focuses appropriately. The downside to this ROM is that fingerprint security is lost, though for us this isn’t a big deal as we don’t normally utilize it.

Images in good light look good, and are beyond adequate for social sharing. All pictures are unedited other than resize and save at 75% jpg. Picture #1 is HDR, and the last image is a big crop then resized and saved at 75%. You can compare these images to other phones at our Flickr (opens in new tab). 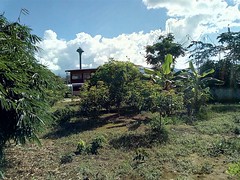 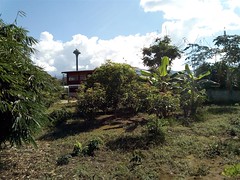 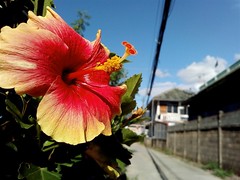 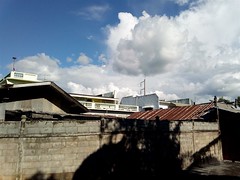 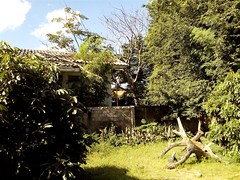 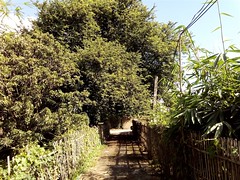 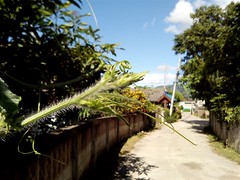 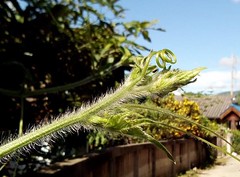 This is powerful enough to run Android smoothly, and as we saw with the Leagoo M5, which has a lower powered SoC than Leagoo T1, it will run most modern 3D games smoothly as well.

The battery on the Leagoo T1 charges very evenly, dead to full in about 2 hours.

We also did a typical use test, which for us is generally WiFi (not SIM data), low brightness, chatting, flipping about the phone, web browsing, Google Play app downloads and installs. In this test the phone lasted a solid 5 hours over a period of 22 hours. Easily enough for the average user to get through a day or two without needing to charge.

Interestingly, this is opposite the Leagoo M5, which lasted 4 hours on the 720P video test and 6 hours on our typical use test. This correlationally shows us that the Cortex-A53 is a big improvement over Cortex-A7 in regards to HD video playback.

WiFi on the Leagoo T1 is very strong, remaining fast and stable at 100ft / 30m connected to a $20 home router with a cinder block wall between the router and the mobile.

Thanks to developer Cleopatra, rooting the Leagoo T1 is a relatively simple process for those who have experience with flashing MTK6737M Leagoo T1 TWRP. We’ve also written a newbie guide here for those who wish to root MT6737  Leagoo T1 (opens in new tab).

Interestingly, the Leagoo T1 external speaker isn’t as loud or crisp as the less expensive Leagoo M5. This may be due to the inclusion of the Awinic A7 sound chip in the M5. Though it doesn’t match the M5, the T1 external speaker is beyond adequate for hands free calls and watching video content.

Leagoo T1 GPS is great, with several satellites remaining in the 30’s to 40’s.

These frequencies give the Leagoo T1 worldwide 2G, and UK/Euro/Asia 3G & 4G.

The Leagoo T1 is a great budget mobile with exception of the rear camera focusing issue, which may be cleared up in a future OTA (phone still not officially released) or fixed by flashing the Doogee X5 ROM port.

The full Leagoo T1 review will be coming soon. We’ll cover Leagoo T1 Antutu, battery life, charging, OS fluidity, build quality, and much more. If you’re interested in being informed when the review is finished, you can subscribe in the form below.

NOTE: This is a review in progress. The review isn’t finished until a site score is posted.

What’s most interesting about the Leagoo T1 beyond it’s price is that it carries the new MT6737 budget SoC, which is the follow up to last year’s MT6735.