U18 is Oukitel’s latest phone to hit the shops. What makes it special is its 21:9 notched display, similar to the iPhone X. 21:9 makes it narrower than typical 16:9 5.5″ phones while giving you a significantly longer display.

There has been quite a blowback against the “notched displays” but in truth this is extra free screen real estate and the only thing you’re sacrificing is the ability to see some notification icons. For myself, not being able to see all notification icons isn’t a big deal; a quick notification pulldown shows all. But, I could see some users having an issue with it.

The display is 720P, which isn’t retina, but otherwise it’s a very good display. Due to the nature of LCD tech, the resolution looks only slightly less retina than most 1080P OLED displays. In fact, it looks quite good. Colors are deep and remain true at extreme angles.

Oukitel U18 SoC and OS

The MT6750T is enough to push Android relatively smoothly and should be more than fine for most users. There some occasional hiccups, but overall the system is generally smooth. System transitions and animations are smooth.

There was an OTA that downloaded and installed without issue. Quite a large one, 464MB.

U18 is notably “Certified” by Google according to Play Store info. What this means is that Oukitel has gone through the arduous process of making a phone and OS that complies with Google’s fairly stringent set of certification criteria.

Oukitel U18 is a bit fat for a 4000mAh battery phone. This is partially because width and height have been reduced; the only way to go to fit the battery is to increase thickness.

I wouldn’t say this is a bad thing for all people. A phone this short and narrow would be difficult to hold onto if it was super slim; I had a tough time with the Huawei Nova 2 (not 2i) due to it just being too small. Oukitel U18 fits great in the hand. From the front it looks very similarly shaped to the iPhone X. At the top of the back is a groove textured area which adds a bit of style.

Build is typical Oukitel — very good. The volume and power buttons are firm and produce a tactile click. There are no creaks or loose spots.

The camera on the Oukitel U18 is decent. Indoor low-light images have fair bit of noise, but they’re sharp and you need to zoom in or view on a large display to see the noise.

I was especially impressed by focus distance and focus times. It’s fairly rare to come across a China phone that can focus this close. I was also impressed by sharpness, which was very good across the frame. It means Oukitel used a quite good lens. The sensor is mediocre but good enough. The glass appears to be slightly oleophobic, not as good as some, but better than many.

Below I have placed two straight out of camera (SOOC) images of a flower to demonstrate sharpness in bright conditions. The full 13MP image was reduced to 800px and the crop is a 100% crop from the original 13MP image. For sure this shot could use some minor adjustments, as you see in the top version of the flower, but SOOC sharpness is very respectable.

We can’t get a decent sunny day here recently; the sky has been gray and overcast causing muted colors. The images are unedited other than resize and save at 85% jpg quality. Overall, more than fine for social sharing. 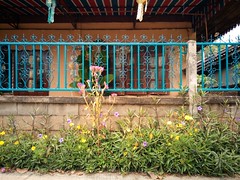 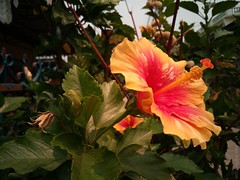 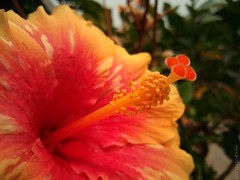 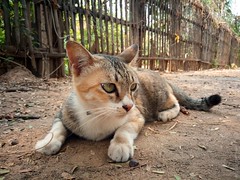 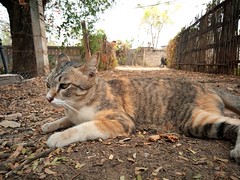 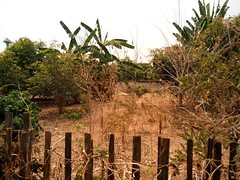 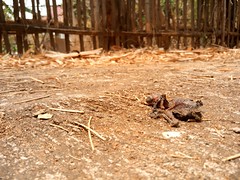 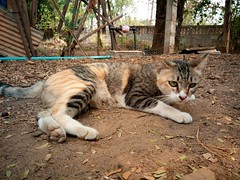 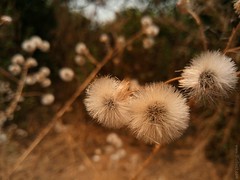 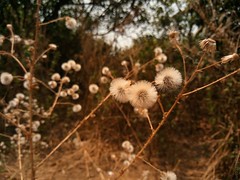 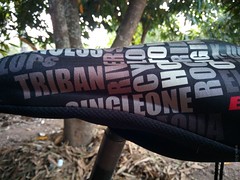 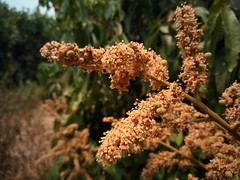 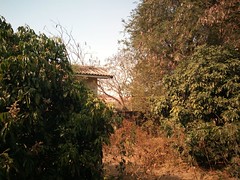 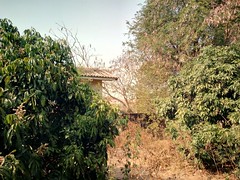 There is no compass or gyroscope on the Oukitel U18. While these are generally not important to most people, we thought Oukitel had turned a corner and would begin including them in all of their new phones. While acceptable in a $100 phone, phones at the price of the U18 should have a Gyro and Compass. Bad move here, but again, shouldn’t affect most users.

GPS is very good, obtaining a lock and very good SNR within seconds.

OTG is working without issue, as are the other included components: Bluetooth, accelerometer, linear acceleration, and FM radio.

The fingerprint sensor is very good, allowing for quick, casual taps to scan in. Scan-in takes about .5s from the time of the tap to screen on. Scanning in from deep sleep and from any angle is no problem.

Charging takes about two hours from dead to full. If you take a look at the graph you will see there’s not much of a slowdown at the top of the arc. Checking with our meter, we see this is because the U18 continues to charge at a fairly decent rate for another 30-45m after reaching 100%. This means if you want a fully saturated charge you will benefit from leaving it charging an additional half hour.

The U18 has a couple of shortcomings, namely, the lack of gyroscope and compass. Not a huge deal but they should be included.

The idea of 720P for some might be a deal breaker but the display still looks very good, as smooth or smoother as some 1080P OLED I’ve seen.

GPS is very good, WiFi is excellent, it’s well built, and in good light the camera can be considered beyond acceptable.

What makes the U18 special is its 21:9 display. It’s similar to the size of a typical 5.0″ 16:9 phone, but gives you 5.85″ of display. If you’re considering the U18, that’s likely the big draw here, and I can’t blame you. It’s a novel experience that very few phones are offering.

I like the U18 and if you want to be carrying a phone many times cheaper than the iPhone X but with a similar style, the Oukitel U18 comes recommended.

If the iPhone X style display isn’t important to you the Oukitel U11 Plus is a great buy. It carries a 1080P display and the same SoC as U18, but is significantly cheaper. At the time of this writing it’s available for $119.