The Ulefone Power review is our first review of a Ulefone in 2016. They shook things up a bit with the Ulefone Be Touch, which was one of the slimmest, slickest looking mobiles of it’s time, and still can be considered a great looking phone.

The WiFi on the Ulefone Power is superb.

The Power is very square with slightly rounded corners. The front is, according to Ulefone, Gorilla Glass 3 and has a slightly curved 2.5D edge.

The home button is a small circle, and the back and menu buttons are virtually invisible pin holes. The latter can’t be seen unless looking in very bright light or when the capacitive button back light is activated. When the backlight is activated, it’s thankfully dim and unobtrusive.

Shiny never looked as good as it does on the Ulefone Power.

The back piece is plastic, but at first glance out of the box appears made of ceramic or glass. Underlying the top layer of plastic is a layer which gives off a pearlescent sheen. Shiny never looked as good as it does on the Ulefone Power.

There’s also a 360 Touch-ID sensor in the back piece, an infrared remote in the top of the phone, and a physical button dedicated to camera & instant voice recording.

The build is very sturdy, with no creaks or loose points. The Power comes in at 190g. It feels good and solid in the hand.

Overall, we really like what Ulefone did here with the Power. It scores several style points with the metal sides, pearlescent back and 2.5D front Gorilla Glass.

Ulefone goes above in beyond regarding accessories. Standard in every box is a back plastic protector, an OTG cable, a clear plastic skin, and a set of headphones. There is a front plastic protector already on the phone when received.

The WiFi on the Ulefone Power is superb. It doesn’t get better than this. At 144ft/44m the Power held a stable and fast connection with our $20 router. In addition, we had connections appear in router select settings that had not shown previously, meaning that the Power WiFi is reaching further than any phone we’ve yet tested.

As with the WiFi, it’s a great result, and can be considered near tops, on par with big mainstream brands such as Samsung and a very similar result to the excellent Xiaomi Redmi Note 3 Pro.

The Power has it’s own launcher dubbed U-Launcher overlaying Android 5.1. It doesn’t have an app drawer, but an app drawer can easily be downloaded from Play. There’s also a quick-skin button that changes icon styles with a tap.

We can also easily switch to the stock launcher from Settings > Home, or download and use a different launcher of our choice.

Unlike the D6000, the Power’s button isn’t currently programmable. This may change in a future OTA, but for now, a single short press opens the camera. Once the camera is open, it can be pressed again to fire a shot.

It also carries the interesting functionality of a single long-press to open and immediately begin a voice recording. Fantastic for quick note taking.

Ulefone makes up for it big time with their fingerprint sensor.

While the Ulefone Power’s physical action button can’t be programmed, Ulefone makes up for it big time with their fingerprint sensor.

It doesn’t allow quite as sloppy scan-ins as the Redmi Note 3, nor is it as quick to unlock from screen off as RN3, but it’s quick enough to not be a hassle and has a unique twist that sets it apart. The Touch-ID on the Power also allows for 360 degree scans, thus your finger doesn’t need to be laid at the exact angle it was when scanned in.

The twist is that you can access any app from screen off, and set different apps to different fingers. It’s not so often we come across unique functionality that actually really improves usability of a phone, but we find this twist intriguing.

You can, for example, set corresponding fingers to go directly to calculator, or to ES File Explorer, or Gallery, or unlock > take a picture  > re-lock with a single fingerscan (front or back camera selectable). Really the sky’s the limit, and it totally makes up for the lack of programmability of the physical action button.

We’d have liked to have seen this functionality with the phone unlocked as well, but it’s a minor gripe and perhaps it’s something that will come in an OTA update.

The Touch-ID on the Ulefone Power can also be used to lock apps. Any registered finger can unlock a locked app.

The camera shutter can be triggered by the fingerscanner. This should come in handy for selfie lovers, and eliminates the need to set the timer or awkwardly reach for the onscreen camera button while posing with a duck face.

with the Ulefone supplied charger, the Power charged in 2 hours.

The battery in the Power is 6050mAh. Ulefone promises 2 hour charging, and indeed, with the Ulefone supplied charger, the Power charged in 2 hours. We also tested with a standard 2A charger and charging took about 3 hours.

This is a great result for such a big batteried well-priced mobile.

fantastic mobile for people on the go who need a lot of juice through the day.

Running the Ulefone Power through our standard test of 720p/140lux/WiFi/YouTube, the Ulefone Power scored an excellent 11 hours 45 minutes. This makes it 2nd of all time, with Innos D6000 coming in 1st and Xiaomi Redmi Note 3 Pro at 3rd.

In combination with the Ulefone Power quick-charging, this makes the Power an fantastic mobile for people on the go who need a lot of juice through the day.

The camera sensor on the Ulefone Power is the 13MP Sony IMX214. It produces solid images with good color rendition and is beyond adequate for social sharing and small prints.

The images you see here are unedited, straight out of the camera (SOOC) other than resize and save at 75% jpg compression. The crops are 100% pixel-level crops from the original 13MP images. 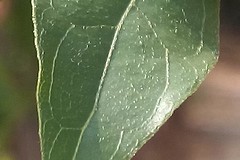 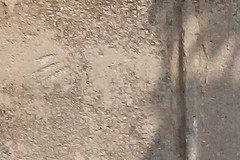 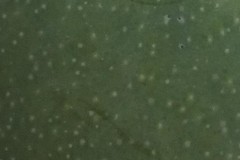 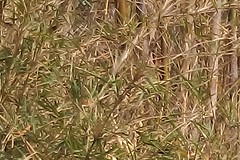 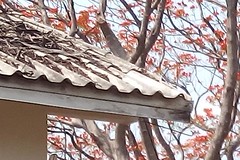 The Ulefone Power is a great phone. It has exceptional battery life, great GPS, outstanding top class WiFi, and a beautiful FHD display.

On top of all this we get a very fast charging battery, super smooth and stable OS, intriguing Touch-ID possibilities and fantastic RAM management.

The Ulefone Power is an easy phone to recommend. In a similar price range, the Redmi Note 3 Pro is a great choice as well.