Slingshot, an extremely demanding test that will show you where your phone really stands in regards to modern gaming.

The ROM on the Vernee Apollo is Android 6.0 Marshmallow, with the latest ROM as of this review bringing the Android security patch up to July 2016.

One of the big pulls of the Vernee Apollo is the huge 4GB RAM. To put it simply, this is more than the average user will need, and probably more than a power user will ever use as well.

It means being able to load up several big 3D games, several Chrome tabs, several chat apps, and Facebook, and switch between them without them closing while in the background.

Beyond the goodness of not having your apps close down on you when switching, it also gives the Vernee Apollo a big future proofing.

For gamers, the GPU is the most important aspect of a phone. While the popular Helio P10 will satisfactorily run most games, it slows down to below 30fps on some very demanding games at high settings. This isn’t a huge deal, as 24fps is satisfactory for most users, however avid gamers will want the fps to remain at 30fps+

You can be sure Vernee Apollo with MT6797 Helio X20 is up to the task, as it carries the very powerful 4-core ARM Mali-T880MP4 which scores more than double the Helio P10’s GPU.

3dMark Ice Storm was just too weak of a test. Phone tech caught up too fast and blew the test out of the water. 3dMark decided to take the test to another level with Slingshot, an extremely demanding test that will show you where your phone really stands in regards to modern gaming.

PCMark is a test which checks a phone for everyday productivity such as browsing, watching videos, editing images, and scrolling dense pages of text and pictures. On PCMark Vernee Apollo scored 4523

Our Antutu test wasn’t quite as high as what the marketing material from Vernee shows, but we’re also in a relatively hot environment so there may be some minor throttling going on. Whatever the case, 87k isn’t too shabby.

The Vernee Apollo battery lasted a big 7h+ on our battery test.

7 hours on this test means the Vernee Apollo should give a moderate user about 5 hours onscreen through a 12-24 hour period.

We initially had an issue charging the Apollo, with it only charging at 5V .44A. Investigating further, we found this to be an issue with the USB cable included with the phone.

Switching over to a different cable we found charging to be excellent, pumping the Vernee Apollo from 5% to 40% in about 15-20m, and to full in about an hour. For most of the charge the push was at 9V 1.80A, and slowed down towards the tail end of the charge.

The Touch-ID on the Apollo Lite is top notch. The Apollo allows up to 5 fingers to be scanned in. Using just one of the profiles with a single finger, we found response to be excellent, allowing fairly sloppy scan-ins from any angle.

In addition to the great scanning performance, the Apollo allows us to scan in from display off / deep sleep.

Speed is very quick coming into Android from fingerprint unlock, whether it’s from screen off or screen on. Note, that keeping the fingerprint sensor security on can cause battery drainage.

Build on the Apollo is great. Very solid, with zero creaks or loose points. The buttons are firm and produce a tactile click when pressed. Running a fingernail with moderate pressure against the rear metal produces no visible scratching.

The Apollo carries a CNC machined metal back piece, with slightly off tone pieces at the top and the bottom of the back, along with a nice piece of trim in between.

We think a more raw brushed metal look would have been great here; as it is, it looks more painted than brushed, though there is some light brush texture to it if looking closely. Regardless, this is personal taste and the Apollo looks very good, with the back piece giving off a classy sheen.

There are no capacitive buttons on the Apollo Lite. Instead the user uses virtual onscreen controls. This is the way Android was meant to be used as evident by Google’s own Nexus line.

One of the pluses of the Apollo is its camera sensor, Samsung S5K3P3. This sensor used in Ulefone Future and Xiaomi Redmi Note 3 Pro.

The 16mp Samsung S5K3P3 is one of the best sensors available in mid-range mobiles. Straight out of the camera, the sensor generally produces very good images beyond adequate for social sharing and even making medium-sized prints.

Images sometimes come out slightly over-saturated, but that seems to be the trend these days. If it’s a bit much, you can reduce saturation in camera settings no problem.

All images in the gallery are unedited other than crop, resize, save at 75% quality. Image #1 is a normal (non-HDR) shot and looks great. Images #4 and #8 are HDR. Image #9 is from the front camera. To see these images at their full resize (1280×720) and compare them against other phones, check out the albums here (opens in new tab). 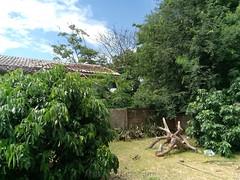 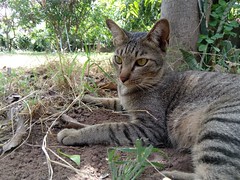 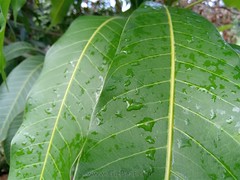 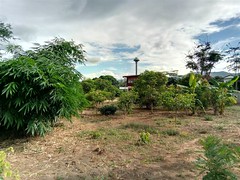 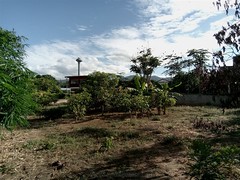 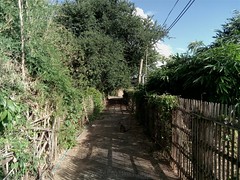 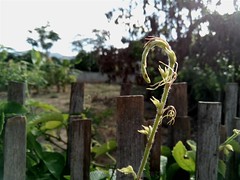 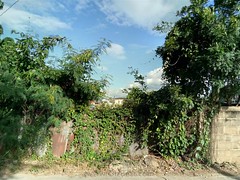 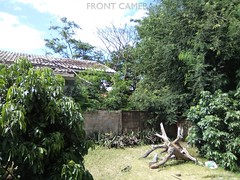 WiFi on the Vernee Apollo is great, staying stable and fast 40m/131ft. The Apollo also supports the newer 5GHz standard in addition to 2.4GHz.

GPS on the Vernee Apollo is great, locking within several seconds and maintaining 30+ on at least 4 satellites at all times.

As mentioned in the preview, the Apollo carries a Sharp IGZO display. It’s a very good display with even brightness across the frame. Viewing angles are excellent, there’s no pixel light bleed at the corners, and the edges are free from evident vignetting (darkening).

In the Vernee Apollo Lite OS settings there’s an option to set the display to vivid, or to custom settings, which allow you to make adjustments to temperature, brightness, saturation, and contrast.

As opposed to some Helio P10 phones we’ve recently tested, the MTK6797 Vernee Apollo Lite bootloader is unlockable, which means you can temporary boot TWRP or flash ROM partition files through fastboot instead of being forced to flash with SP Flash Tool.

By flashing TWRP, we can then install root through custom recovery. Of course we can also use the old school method and flash via SP Flash tool.

Good battery life, the very good Samsung S5K3P3 camera sensor, very good GPS and WiFi, a compass and gyroscope, Android 6.0, and super fast charging, all come together to make the Vernee Apollo Lite a phone we can recommend.

To seal the deal, the Vernee Apollo also includes the very powerful MTK6797 Helio X20 SoC which pushes even the most demanding 3D games at 30fps, huge 4gb RAM, and big 32gb storage with the option to expand.

The SoC on the Vernee Apollo is MT6797 Helio X20. This is a very strong system and according to Vernee screenshots gives us a huge 95k on Antutu.

The way these ten cores work together is by using the powerful A72 cores for heavy processing tasks, while the Cortes-A53 cores handle lesser background tasks and tasks not requiring a large amount of juice.

It all works together to theoretically give maximum battery life, while having heavy-hitting cores ready to kick in so you don’t get slowed down when load gets tough.

Taking a look at the CPU Antutu CPU and UX scores we see it scores 28k/40k. A huge jump compared to the very smooth Helio P10 MT6795 with scores of 16.5k/22.3k respectively. In short, the Vernee Apollo should be butter smooth and handle all tasks thrown at it with ease.

In the Helio X20, the Mali-T880 cores are clocked at 780MHz, and on Antutu GPU, the Vernee Apollo scores 17k. To put this in perspective, it’s more than 2x the score of Helio P10, which runs most advanced 3D games at 30fps. In short, it’s beyond what’s needed for gamers.

One of the more interesting and unique features of the Apollo is that it carries Type-C digital music out, which allows music to be losslessly outputted through the USB port.

For those of us not ready to switch over, the Vernee Apollo Lite does include a standard analog 3.5mm audio out, unlike the Moto Z and most recent LeEco releases which leave us stranded with Type-C audio output only.

Specification wise, the Vernee Apollo display is about as good as LCD gets. It’s a Sharp Indium gallium zinc oxide (IGZO) display. Sharp, one of the best display makers in the business have tightly latched onto IGZO technology.

IGZO tech allows displays to be thinner and lighter and can have a dramatic affect on battery performance.

From Sharp: When displaying still images, it achieves power savings of a staggering eighty to ninety percent* by pausing the driving signals to maintain the same image.

Proper for a phone in this price range, the Vernee Apollo Lite includes a compass, gyroscope, dual-band WiFi, and the standard array of components seen on most phones.

RAM on the Apollo Lite is an enormous 6gb RAM. Well beyond what’s required for casual users and power users alike. With RAM as big as this, you could easily have several big 3D games running in the background, along with several tabs open in Chrome, several chat apps open and YouTube running without any of them falling out of memory. It means instantaneous multi-tasking and coming back to an app exactly where you left it when switching apps.

To put it further in perspective, even phones with 2gb RAM are able to hold 6-10 normal sized apps in memory without having to close them. 4gb is comparatively huge. 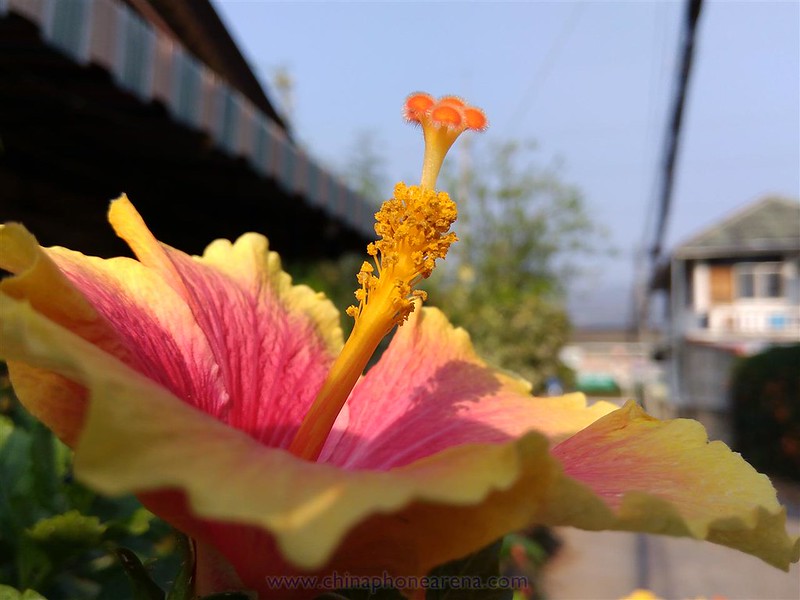 If you’re looking for an extremely powerful mobile at a great price point, the Vernee Apollo Lite is one to short list.