The THL T7 review is one we have looked forward to. We’ve seen brands come and go, and a plethora of brands new to the game. THL is one of the few long-standing China brands that have been around since the beginning, almost always making solid phones.

They don’t release a lot of different models as with the new-age China brands, but slowly and surely, one at a time putting out winners.

THL doesn’t flourish on viral marketing hype, but by their name alone. When you buy a THL phone you’re virtually guaranteed of receiving a solid product.

They don’t release a lot of different models as with the new-age China brands, but slowly and surely, one at a time putting out winners.

There’s a close similarity between Xiaomi Redmi Note 3 and the THL T7. Though significantly more square, the camera, earpiece, and light sensor/proximity sensor are placed nearly identically to the XRN3.

The sides are lightly-textured and lightly-rounded metal, with smooth CNC-machined edges. The backpiece is silver plastic which does an excellent job of staying new looking and resists light scratches such as from a fingernail.

There is some minor play in the center which is due to the 1-2mm of space between the big battery and the backpiece. This is not noticed in handling, but if putting pressure in the middle area of the back piece, you’ll find it. For the OCD crowd, this can easily be remedied by placing a thin square of padding between the backpiece and the battery. This is not a big deal and we only mention it to be thorough.

It’s very solidly built, with no creaks. The backpiece is removable, but if done so needs to be done very carefully as it’s a very tight fit. To remove the backpiece, slide a nail or appropriate tool under one corner and pull until it snaps out, then run your nail or the tool along the edges unsnapping each point until three sides are loose, then remove. This is not required, as SIM/TF-SD are side-loaded, but if you want to get a look at the big battery inside, go for it.

There’s a stylish THL logo on the back and the ever-present “Technology. Happy. Life.” at the bottom. Weight comes in at a hefty 205g. Depth is about 9mm without glass screen protector and skin.

In the box is a hardened glass screen protector and a clear skin, featuring a shimmering, translucent rainbow pattern. Despite the strange skin, it’s nice to see THL including these in the box, something we rarely see from other brands.

The THL T7 has no capacitive buttons, but carries virtual keys instead. The virtual keys have a hide button and an ever-present menu button which often comes in very handy.

Overall, the THL T7 looks great. Depending on taste, it could be considered better looking than the Xiaomi Redmi Note 3.

Touch-ID on the THL T7 is great. The initial setup is quick and painless. After registering a fingerprint or two, we tested sloppy touches and the THL T7 did very well, allowing us to scan-in through fingertip and sides of finger, as well as scan-ins from all angles.

There is a vibrate that happens when scanning in, most likely due to making sure you’re aware the phone has opened. This vibrate happens regardless of phone notification mode.

Scan-in happens in about a second from deep-sleep or screen-off.

The OS on the THL T7 is Android 5.1. The notification area is AOSP/vanilla styled, which we really appreciate. The settings area behaves AOSP as well, but with MIUI-styled icons.

Antutu on the THL T7 won’t break any records, but these days Antutu scores have very little to do with system performance. Indeed, switching between apps is actually quicker on the 37k scoring T7 than on the 72k scoring Redmi Note 3 Pro.

The THL T7 uses the OmniVision OV13850, which is a true 13MP sensor. The front is OmniVision OV5670. These cameras can work together to provide a PIP photo.

The camera in the THL T7 puts out images good enough for social sharing. Center sharpness is good, but edges are a bit messy.

If you’re picky about sharpness, you won’t be happy about the edges and corners, but overall, the T7 produces adequate for social sharing.

These images are unedited, and the crops are from the original 13MP images. 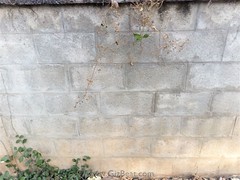 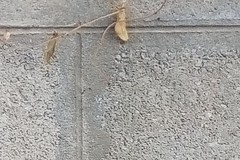 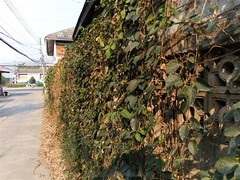 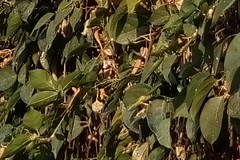 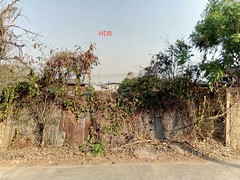 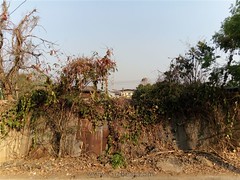 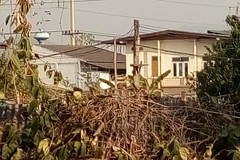 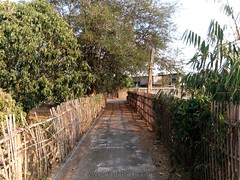 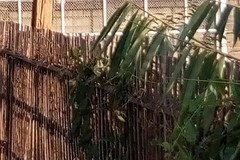 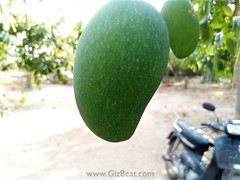 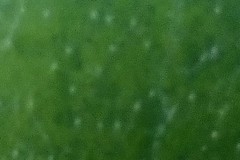 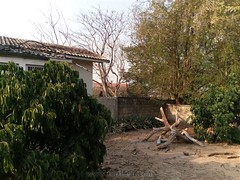 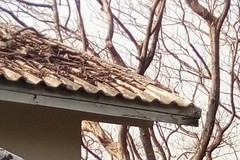 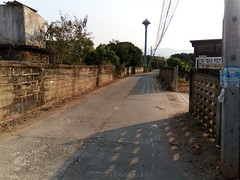 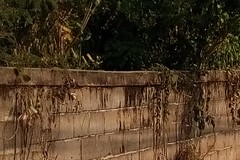 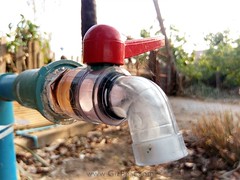 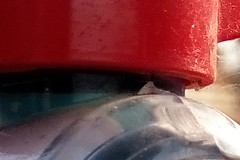 One of the standout specs of the THL T7 is it’s big 4800mAh battery. Running our standard test with YouTube playing a 720P video at 140lux over WiFi gave us a very good 8 hours onscreen. This is lower than we expected, and perhaps it would do better once the battery has been worked in a bit, but even so, this first run is a far better score than what we require to be considered very good, and trounces the majority of mobiles on the market.

One area that THL skimped is with the charging. 1A charging is fairly standard in a phone at this price point, but with the huge battery it would have been great to see 2A or a minimum of 1.5A. We’re beginning to see phones such as the Xiaomi Hongmi Redmi 3 and Redmi 3S coming with 2A charging in a similar price bracket and it would have been great to see THL step up to the plate here with more powerful charging.

We wouldn’t call this a deal-breaker, but it’s something to consider.

The THL T7 has a 5.5″ 720P IPS OGS display. Colors and contrast remain true from extreme angles. Brightness at max is a great 442 lux, well beyond bright enough for daylight use. Dimness goes down to 23 lux which is very good for nighttime reading.

With MiraVision we have control over color temperature, saturation, brightness, and contrast. Colors look look good at the default setting, but it’s nice THL has given us some control if we want to adjust.

In terms of resolution, at a distance of about a foot 720P is virtually indiscernible from 1080P at the same distance. Up close the difference is more obvious: it’s not as smooth as 1080P, but is beyond pleasant enough. There is no evidence of where the LEDs are situated and there’s zero pixel light bleed from the corners.

Overall, the display is very good and we can’t expect more at this price point. The 720P resolution can give us a significant boost battery life wise.

The camera could be better, but shots look are adequate when not cropping big and should be good for most social sharing. Lack of quick charging is a downer, but 1A charging is fairly standard at this price point and the big battery should have typical users only charging once every couple few days.

We like the T7 a lot. Stylish, big 3GB RAM, great WiFi, big battery, snappy performance, good display, great recent app memory management, very good Touch-ID implementation, and good GPS go a long way. It’s also at a solid price point for what we get, especially considering that T7 is one of only a handful of sub-$150 mobiles with 3GB RAM.

The T7 is a very good phone we’d have no problem recommending to a friend or using as our main mobile.

Another great option is the Redmi 3 Mini with a sharper camera, better battery life, compass, gyroscope, and 2A quick-charging. Redmi 3 doesn’t have 3GB RAM, nor Touch-ID, and performance isn’t as snappy as the T7, but it’s no slouch.