Xiaomi goes all the way with the Note 3; making the sides and majority of the backpiece from aluminum. The upside to this is that it looks slick, the downside is that metal is softer than plastic. Even with somewhat light pressure, a fingernail can permanently scratch aluminum, though the light scratches that might happen through standard use won’t show unless under close scrutiny, and if you’re very careful with your phone or use a clear skin, it should remain scratch-free.

At the top and the bottom, the sides and back are of plastic, though very cleverly manufactured to give a metal appearance. The line where they meet the metal adds some character and unless looking very closely, we can’t tell that it’s of plastic as opposed to aluminum.

The build is very solid, with zero creaks or loose points. The physical buttons give a tactile click when pressed.

The front is fully surrounded by a thin strip of chrome, which adds some stylish contrast to the front glass and metal sides.

For those who appreciate capacitive button lights, the Xiaomi Note 3 obliges with softish white lights. For those who don’t need/want them, they can be easily disabled in Settings > Additional settings > Buttons. We can also adjust the duration here, from 1-20 seconds, or always on.

The design is thankfully very square, with the sides rounding softly to the back. The touch ID fingerprint sensor is placed perfectly for easy single-handed unlocking.

The camera on the Xiaomi Redmi Note 3 carries the Samsung S5K3M2 sensor and is produced by Sunny. The images in good light are well beyond adequate for social sharing, and good enough from medium to small prints. Colors are rendered in a pleasing way, without being over-saturated. Sharpness is good without showing evidence of strong sharpening artifacts.

As is the case with any tiny sensor camera, this is not a camera you will be able to take great low-light flashless shots with, but they are fine for social sharing. Using the flash and getting quite close improves things significantly.

Past owners of Qualcomm-based mobiles may notice more noise when viewing low-light photos at non-typical viewing sizes; but when cleaning up noise, there is a price to pay for that — loss of sharpness and detail.

These images are straight out of the camera other than a resize and jpg compression to 75%. The seemingly magnified images are 100% crops from full 13MP images. With pictures that have three in a set, the first is HDR, second is default, and third is the crop from the default image. 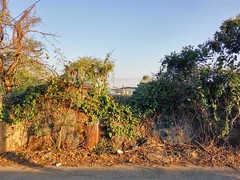 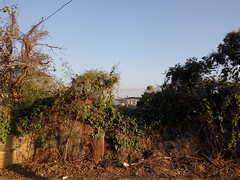 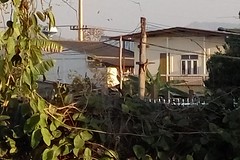 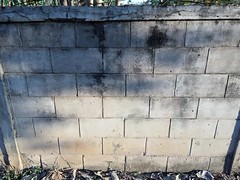 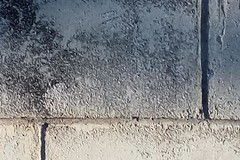 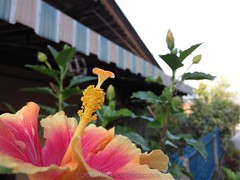 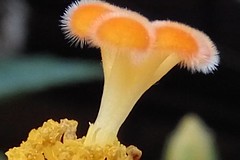 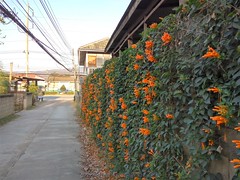 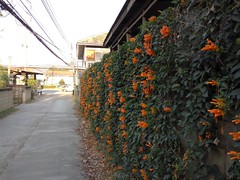 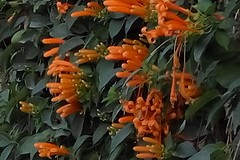 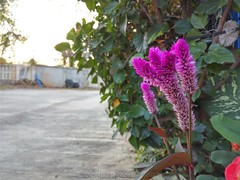 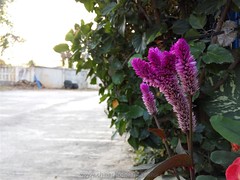 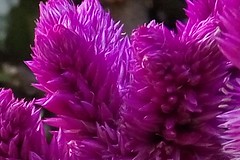 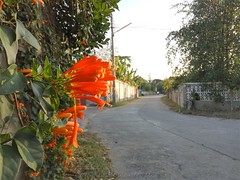 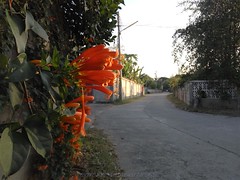 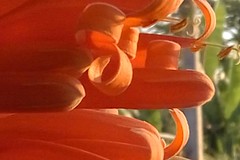 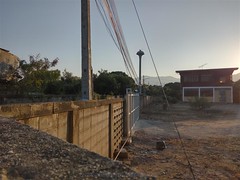 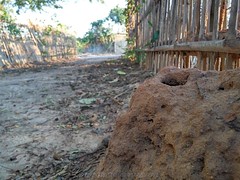 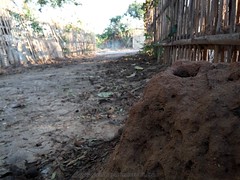 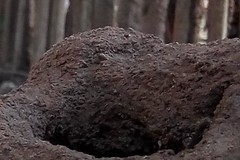 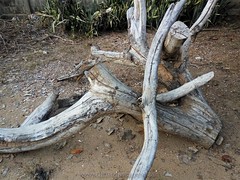 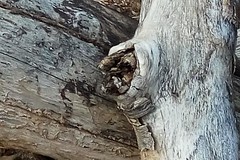 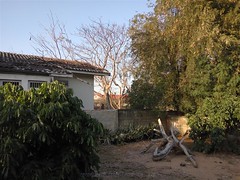 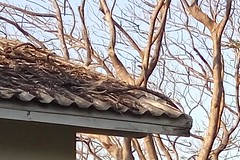 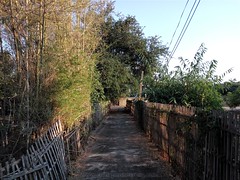 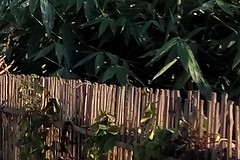 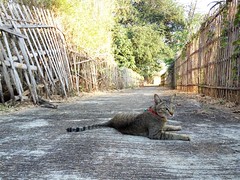 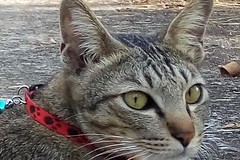 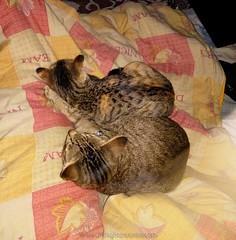 The display on the Xiaomi Note 3 is IPS OGS@1080P. This gives us a retina PPI of 400. Viewing angles are very good, with only minimal color/contrast changes from extreme angles. Colors look very good, with a perfect balance between pop and laid back. Some users might prefer the colors to be a touch deeper/more saturated, but this is really up to taste.

In stock MIUI there are settings which allow you to set the display temperature to warm, cool, or standard. There are a few other settings here as well, allowing us to turn on adaptive contrast, standard contrast, or higher contrast. The difference can be seen between standard and high, but it’s not a dramatic change.

Brightness goes from a solid 325 lux down to zero in standard display mode (eg, not adaptive brightness mode). There is also a ‘reading mode’, which reduces contrast between text and background.

Xiaomi has placed a very good display in the Xiaomi Note 3 and the majority of users should be beyond satisfied.

The stock OS on the XRN3 is 5.0.1 MIUI. Xiaomi puts out weekly OTA updates and all of these installed fine.

MIUI on the Xiaomi Redmi Note 3 runs great. Animations, transitions and scrolling are all very smooth. There were zero force closes or issues with any apps during my use and testing of the phone.

Wakelocks: On MIUI 7.1.7.0, the XRN3 registered moderately problematic wakelocks, with one full battery run over 49 hours clocking 8 hours of kernel wakelocks. This isn’t a huge issue, but I’d like to see the wakelock down to 3 hours over 49 hours. Sometimes these issues go away by themselves, and often is caused by recent updates to the system. Xiaomi updates their ROMs on at least a weekly basis, so I expect to see the Xiaomi Note 3 wakelock issue solved soon. UPDATE: MIUI 7.1.8.0 seems to have fixed the wakelock issue (see battery portion of review).

One of the nice things about MIUI is the hundreds of themes available. These can change the feel of most aspects of the OS, from the quick tile styling to the settings menus.

No app drawer: One of the things MIUI lacks is an app drawer. You can download a 3rd party app drawer to solve this issue, or use a 3rd party launcher. Generally we use Apex launcher– its quick and very functional. The free version is extremely generous.

Profiles: Xiaomi Redmi Note 3 allows us to create custom profiles. These profiles carry settings such as when to clean memory, brightness, sleep, vibrate and CPU state.

Storage: Free storage on the 32GB Xiaomi Redmi Note 3 after installing our initial set of test apps came to about 26GB.

Note that currently with most of these CyanogenMod ROMs the fingerprint sensor will not work, and 4G will work only on SIM1, with SIM2 being stuck at 2G only. Due to the excellent implementation of Touch-ID here, this makes the custom ROMs currently a no go, but there may be those who don’t mind sacrificing Touch-ID for the gain of CyanogenMod based ROMs.

the process is long and unnecessarily difficult

In a recent turn of events, Xiaomi has decided to release their Redmi Note mobiles with locked bootloaders. This in itself is not necessarily a bad move, and they have made it possible to unlock, but the process is long and unnecessarily difficult, with many users being flat out denied unlocking permission or having to wait up to several weeks to be “approved”. In short, a locked bootloader keeps us from being able to use custom ROMs, as well as keeps us from using most fastboot commands.

As well there are often changes between benchmark updates that can have the scores varying. Still, they can give power users and gamers a rough approximation of a device’s power to compare against other machines.

Xiaomi Note 3 supports 360 touch ID. This means that regardless of which angle you place your finger, it should be recognized. In practice, it works fantastic on the XN3, with instantaneous unlocking.

A tip we like to throw out here is to scan the sides of your finger in addition to the flat of it when first registering, so you can lay your finger sloppily at any angle and position when unlocking. As well, it doesn’t hurt to add several fingers in case you’re holding it in a different position (eg, in the left hand instead of the right).

One huge plus with the Xiaomi Note 3 is that it can be unlocked directly from deep sleep without pressing the power button. This means you pick it up, lay a finger and bam you’re in there. It’s not quite as quick as Touch-ID while the screen is already on, but it’s still very quick, taking about 1 second from the time the finger is laid to being unlocked and ready to rock. Touch-ID on the XN3 is simply fantastic and a huge asset to the phone.

These frequencies give the Note 3 worldwide 3G/H/H+ support and 4G/LTE support in most of Asia/UK/Euro.

One of the biggest complaints of the Xiaomi Redmi Note 2 is its battery life. Bordering on catastrophic with a period of about 3 months from when the Note 2 was released to the Note 3 being released.

Charging: Charging on the Xiaomi Note 3 takes a total of 2 hours 45 minutes to juice from dead to 100%. 90% saturation is achieved within 2 hours. Given the very large 4000mAh battery, this is an excellent result.

Battery life: Even on 7.1.7.0, battery life on the Xiaomi Note 3 can be considered very good. Over a period of 49 hours, we achieved 6 hours 14 minutes onscreen (screen on time/SOT) with the majority of use being WiFi web browsing on lowish brightness. 8 hours of the 49 hours the Note 3 was kept awake through kernel wakelock.

Wakelock improvement MIUI 7.1.8.0: During the testing period, MIUI 7.1.8.0 came through which made a big improvement to the kernel wakelock situation. I achieved an excellent 8 hours 26 minutes over a period of 34 hours, with a wakelock time of 4 hours. This was achieved on lowish indoor brightness at 20-30% and with most of the activity being web browsing over WiFi.

Battery life video test: Battery life on video test running a 720P HD video over WiFi through YouTube at 140 lux (approx 55% brightness on MIUI Stable 7.1.7.0) clocked in at a great 8 hours straight. 140 lux makes the phone just bright enough to use on a sunny day outdoors.

It could be because I’ve been testing the Hongmi Note 3 for an unusually long time for a review model, but I’ve found myself picking it up for standard use more often than my main mobile, Innos D6000. The Xiaomi Redmi Note 3 is easily one of my favorite phones.

A great looking display, great battery life, very good loudspeaker sound, solid camera, strong GPS, as well as the inclusion of compass, gyroscope and touch-ID make the Hongmi Note 3 a phone I would easily recommend to a close family member. Given the hardware, the pricing is right around where it should be. The Hongmi 3 is also no slouch powerwise and should provide well beyond enough juice for the average user, and me more than enough juice for the power user as well.

We have managed to get our hands on an early copy of the Snapdragon 650 Redmi Note 3 and that review will be coming up within the next week.

Final Note: While waiting for Xiaomi Note Pro is tempting, consider the standard 2GB/16GB Redmi Note 3 with MTK SoC is available for just $169.99.

If you want to save a significant amount of dough, there’s no need to wait, as the MTK Redmi Note 3 comes highly recommended.

Do you own the Redmi 3? Submit your written review so users can make informed buying decisions. Comments and user ratings are at the bottom of this page.